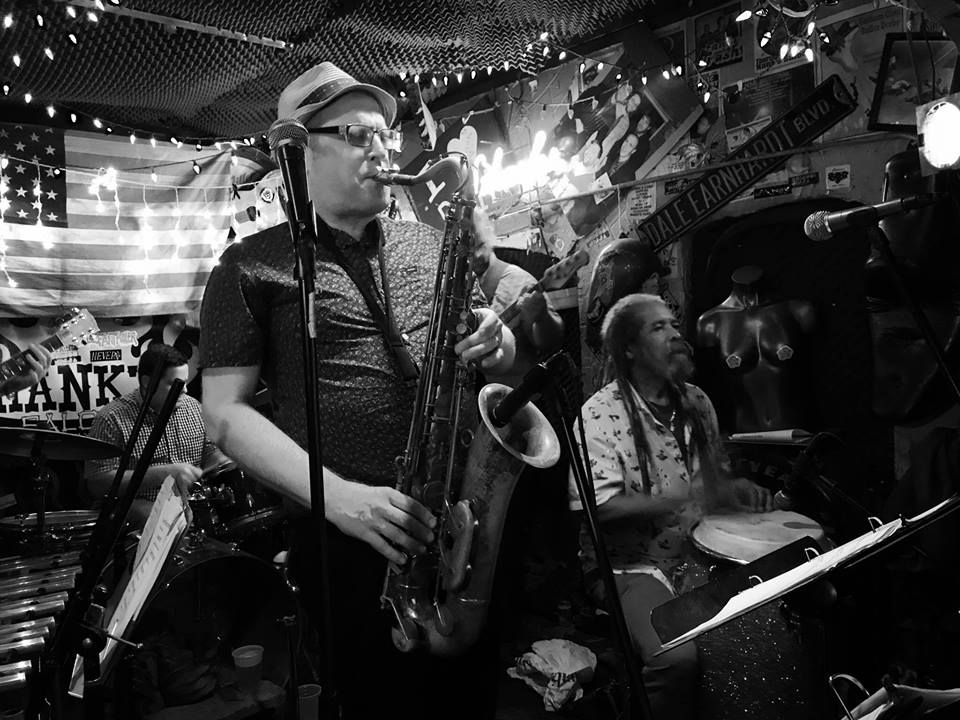 David Hillyard & The Rocksteady Seven began through the meeting of David Hillyard and veteran percussionist Larry McDonald at a The Skatalites Band concert and reflects their common love of Ska, Reggae, Jazz, and Latin music. Hillyard is a 48 year old music veteran who is credited with helping spread the gospel roots ska, reggae and Jamaican jazz in America in the late 1980s and early 1990s. He is currently the saxophonist of NYC’s classic ska group, The Slackers and has also played with Hepcat and Rancid amongst 1000s of concerts and 100s of recordings. McDonald, who just turned 80, is a living legend, part of the first generation of Jamaican musicians to create Ska and Reggae music in the 1950s through the 1970s. He played with Carlos Malcolm Afro-Jamaicans and played on numerous classic reggae recordings such as the conga breaks on Toots and the Maytals classic, Funky Kingston as well as tracks by Peter Tosh, Bunny Wailer, and Lee Perry. In the 1970s, McDonald moved to the United States and played with Taj Mahal and Gil Scott Heron. Most recently, in 2017, he has been on tour with Lee Perry.